Our Adult teams at Motspur Park FC will be playing in the Surrey South Eastern Combination League. We would like to dedicate this page on informing prospective players about the league.

Should you require further information please contact the league secretary, Gary Harding, either by phone on 07766132380 or via email at gsharding1@gmail.com. Alternatively you can access their website here.

The league’s top division is situated at the 12th level of the English Football League System. It acts as a feeder to the Surrey Elite Intermediate League. Clubs may be promoted into the league from the Redhill & District League, the Kingston adn District League and the Wimbledon and District Football League. 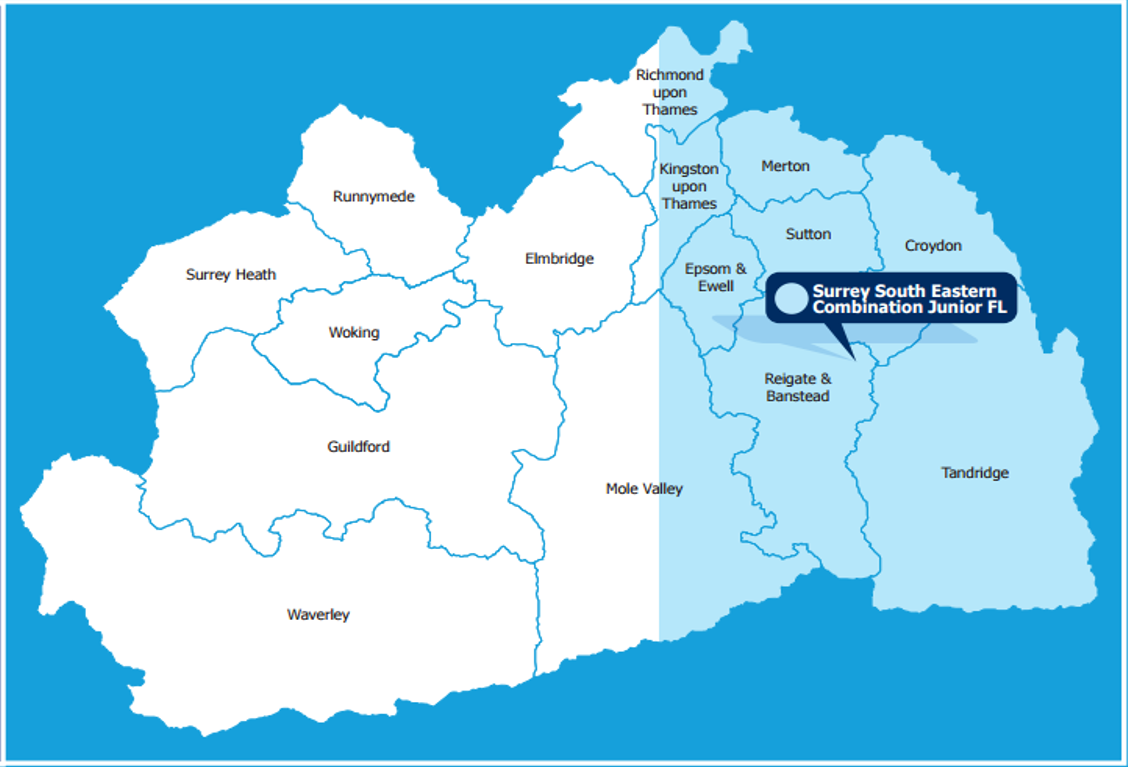