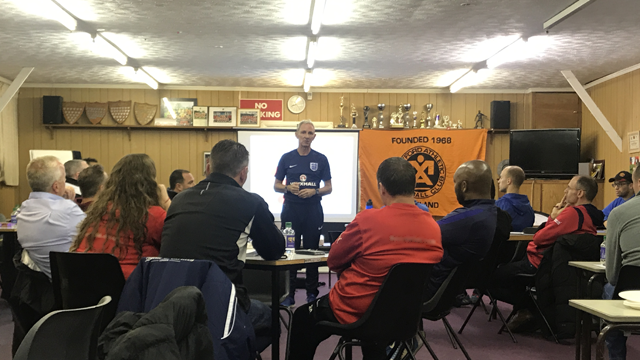 Motspur Park FC paid for a group of coaches to attend a CPD event run by Surrey County FA on the Foundation Phase. The club would like to thank Mayford Athletic FC for being such great hosts and also their players whom without there would be no session.

The event was ran by Pete Sturgess. Pete is a highly qualified coach who has dedicated his coaching career to the development of Foundation Phase players. Pete’s past roles in football include; The FA National Lead Coach (5-11) in which he developed the FA Youth Module qualifications and created the England DNA, Head Coach of the England Futsal Squad and FIFA futsal Instructor. Some of our coaches might recognise him from the coaching DVD’s!

The coaches have gained such valuable knowledge from Pete and hopefully they will be putting some of his tips into their sessions.