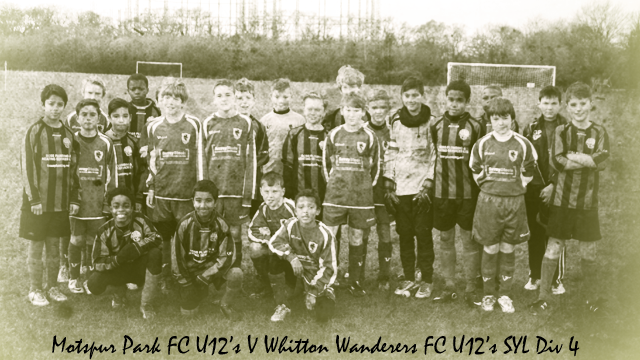 Motspur Park FC participated in the #FootballRemembers campaign. The campaign was designed to recreate the spirit of the Christmas Truce football matches of 1914. Everyone who played football during Football Remembers Week was asked to take a pre-match picture of their game. The photos were to be uploaded via social media using the hashtag #FootballRemembers and  would automatically appear on the Football Remembers (http://footballremembers.com) website.

The aim of the website is to act as a moment of national record of football in 2014, a century on from the First World War. The ‘Moment in History’ photos will be preserved for future generations.

Unfortunately our U16’s were unable to participate due to their game being cancelled. “We are upset that we were not able to participate and to help the cause of educating future generations on the tragedies of WW1 and the monumental Christmas Truce brought about by the magic of football” a spokesperson for the team has declared.